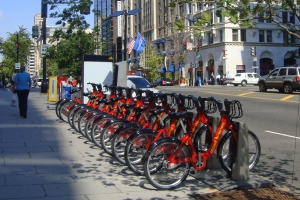 As the Insider reported earlier this year, Rhode Island Ave NE is getting a couple of Bike Share locations!

According to the announcement today from DDOT, Bike Share will set up locations outside of the Rhode Island Ave Metro Station and at the corner of 18th Street NE and RIA NE (in front of the Woodridge Library). In addition, a planned station is slated for V Street and RIA NE at Summit Place. This, of course, is great news for our area and glad to see some follow through by our City’s elected officials and departments when they first announced that we would be receiving the bike phenom.

DDOT is planning to install 54 locations across the City’s eight Wards this winter just in time for Spring. RIA isn’t done after this round though. Future locations for a Bike Share location is at RIA NE and Franklin Street NE.