Rhode Island Ave NE is soon to be a foodies’ heaven. At a special dinner for the inaugural supper club restaurant, The Bespoke Kitchen, a Rhode Island Ave NE establishment by Eat and Smile Catering founder and chef, Oliver Friendly, eight guests  dined on an eight course menu that pretty much blew us away.

The menu theme was root vegetables and it was phenomenal. The menu started with a Ginger Blood Orange Spritz, made with One Eighth Distilling vodka (local distillery). The menu ranged from a rutabaga mousse to lobster to short ribs, and included some pasta to pay tribute to the summer spent in Italy at a two star Michelin restaurant by the sous chef of the restaurant. The courses were paired with reisling, and microbrew beers (Atlas District Common and Flying Dog Imperial Porter).

The Bespoke Kitchen is Oliver’s way to share his artistic culinary skills, cooking for a smaller group of people than the standard hundreds he feeds for catering events. His plan is to have these dinners two to three times per week, with only eight people since that is the table’s capacity.

Interested in booking a seat at this unique dining experience? You have to be on their mailing list. Much like many of the hard to get into restaurants, they will book the reservations on a first come, first serve basis via email only and only after they release the dates of the dinners (look for the rest of January dates to come out in the next couple of days).

Here are some more photos from tonight’s amazing meal:

The Rutabaga and Chicken Liver Mousse 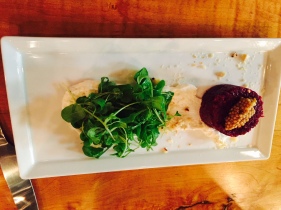 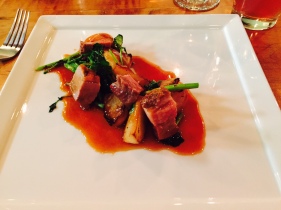 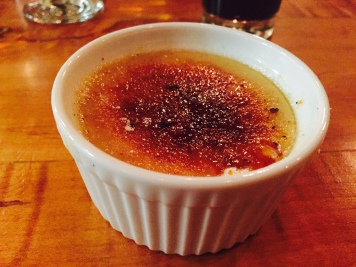