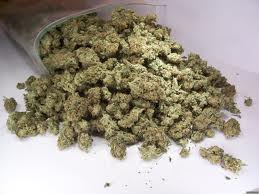 The outcry from Ward 5 residents must not have accomplished or gotten their point across to City leaders. According to the Washington Post, Ward 5 will be home to six cultivation centers for medical marijuana, with four of them located in Langdon. Below is an excerpt of their locations:

Williams’s cultivation center, Abatin Wellness Center, has been approved for the 2100 block of Queens Chapel Road in Langdon, according to a city list obtained by The Washington Post.

One of the approved centers will be in Ward 7 but because of successful legislating by that Ward’s Councilmember, the center will not be able to stay in that location.

Thanks to the DCist for putting together a map of the locations in Ward 5.

Mohammad N. Akhter, director of the Health Department, said he and a task force evaluated dozens of bidders before selecting the six applicants. Akhter said they were chosen based on their ability to grow “quality” marijuana “in a safe environment” that includes heavy security.

I think the bigger concern for residents is the actual marijuana distribution centers. There are 17 applications for the five licenses to operate a dispensary and if residents in Ward 5 want to ensure that they truly are not the recipients of all of these dispensaries, I would suggest taking your lobbying and public angst to the next level. Decisions on the five licenses will be handed out this summer. The dispensaries should be allocated to where the residents who need medical marijuana are, not clustered in one area.

Councilmember Orange passed legislation recently that would limit the amount of cultivation centers could be in Ward 5 to six (which is odd since this was very close to the total number of licenses being handed out anyway). Perhaps Mr. Orange could limit the amount of dispensaries in Ward 5 to say….maybe one? Patients of medical marijunia live across the City and the dispensaries should reflect that. If we want to make this about the patients, as Montel Williams wanted, we should make the access of these centers easy.

Ward 5 may grow it but we don’t need to be the ones to dispense it.