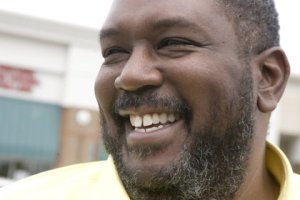 As the Insider reported on last August, William Shelton, former ANC5B Chairman, has been charged with theft of $29,000 from ANC funds for personal use. See the charging documents here. As I said in August, this is a positive step forward for Ward 5. Regardless of his long time connections and activism in the community, Mr. Shelton stole from all of us and betrayed our trust as an elected leader. It has been reported that Mr. Shelton will plead guilty to the charges. It is irreprehensible that we should feel any sympathy from those elected officials that take advantage of their “power” for personal gain. Continually on this blog I have said “Wake Up, Ward 5″…. with upcoming Council elections, we need to stay vigilant, so STAY AWAKE, WARD 5!

As reported by Mike DeBonis from the Washington Post:

Less than a week after former D.C. Council member Harry Thomas Jr. was charged with and pleaded guilty to stealing city funds, federal prosecutors have accused a former advisory neighborhood commissioner in his ward of doing much the same.

William C. Shelton, the former chairman of Advisory Neighborhood Commission 5B, is charged with a single count of “access device fraud” alleging he used an ANC debit card “knowingly and with intent to defraud.” The Post’s Del Wilber has more at the Crime Scene blog.

Like Thomas, Shelton has been charged by information, indicating a plea deal is likely. Worth noting: The federal prosecutor on the case, Bridget M. Fitzpatrick, was also involved in the Thomas probe. Shelton is represented by Troy W. Poole.

The fraud allegations have their roots in a D.C. Auditor investigation into the ANC’s finances. WUSA-TV reported in June that Shelton used some of the money to make payments on his Lexus, among other things.

Shelton entered an agreement last month with D.C. Attorney General Irvin B. Nathan to repay the city nearly $29,000 in “misappropriated” funds. The federal authorities are seeking a judgment for $28,526.21 taken in connection with the alleged fraud. That’s less than one-tenth of what Thomas admitted to stealing.